It was still early

It was still early when he turned into the lay-by. Parking up he turned off his lights and pushed back his seat.  He leaned over to his glovebox and pulled out a cheese sandwich and bottle of water and placed them on the passenger seat.

“Do you want anything?”  He asked his back seat passenger.  Although silence came from there, he nodded as though she had said something and he leaned back in his seat, picking up the food.

Licking his fingers and brushing off the last of the crumbs, the man looked at her in the mirror.  She had not said a word since leaving home but he knew she was tired.  He had picked her up from work and, bags already packed as a surprise, had told her about the trip to London he had planned for the weekend.  She had argued about it.  He couldn’t understand why, she loved to travel after all.  She did enough with work.  But she had then yawned and he had told her she could sleep on the way down.

He passed the bottle back to her and she drank a little, spilling some on her skirt.  She grinned in that haphazard way she had now.  One side of her mouth curling up slightly more than the other.  Her eyes were not sparkling as much as they had earlier and he realised she was tireder than he had imagined.  Perhaps the trip had been a bad idea after all.  It could have waited.

He was about to ask her if she wanted to go home again when he heard the screaming.  The woman who had pulled up her car behind them and had strolled up to ask if the couple knew the way to the M1 from where they were, just looked at the grinning corpse in the back seat and screamed and screamed.

The man took back the bottle from the lap of his wife’s body and drank some.  Placing the top carefully back on it, he then placed it back into the glovebox, along with the sandwich wrapper.

He smiled at the screaming woman and started the car.  Looking up at the rear view mirror he smiled again.  She had really been very angry at him spending the last of their money on this trip, but she had soon shut up and gone along with the idea.  She should have known he would win the argument in the end but, perhaps it had been a bad idea after all.  She had said she was tired.

He pulled away back onto the A road, leaving the other cars owner standing there, and headed for London.

Written as part of the Writing Tasks on Our Arts Magazine http://ourartsmagazine.com/literature/writing-skills-task-194/2018 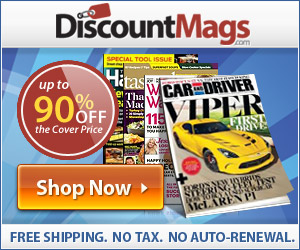