It was a Monday. It was early in the day. There was plenty of time to complete everything on her weekly to do list.

She tried to concentrate on that list. To accomplish anything she would need to start by prioritizing, planning and then actually working on those chores.
But for some reason she couldn’t seem to concentrate that morning. Her mind refused to focus. There she sat, staring at her list, her mind quickly wandering into a sea of nothingness.

Just then the phone rang and jolted her from her spaced out state.
“Are we being invaded?” her husband asked.

What in the world was he talking about, she thought?
“What?” she said out loud.

“Turn on the TV!” he shouted through the phone. “I can’t get any info here at work but rumors are flying.”

She picked up the remote and turned on the television. There was chaos in the streets. Reporters were shouting. She turned up the volume but there was so much background noise it was next to impossible to hear them. The station was switching from one location in the country to another but every locale looked the same. Protestors, police and foreign soldiers were all running around and after each other. People were falling down wounded and dying. Soldiers and police were stepping over bodies right and left, sometimes tripping over them and falling themselves.

She stood there staring in shock. She couldn’t move. Her mind could not accept what she was seeing.
She couldn’t hear her husband shouting through the phone. She could only stare blankly at the television watching law and order fall apart.

It was a Monday and everything fell apart.

Biography Kathy started her lifelong interest in photography over fifty years ago with a Kodak Instamatic X-15. Two more film cameras and four digital cameras have traveled with Kathy along her journey in life to where she is today. Her interest in photography melded perfectly with her love of nature. She is constantly in awe of God's natural beauty around her and feels privileged to not only witness that beauty but to also capture it in her images. Kathy has lived in five states and three different regions of the US. She is grateful for the abundance of beauty and inspiration that surrounds her where ever she lives. After following several successful career paths over the years, Kathy decided to concentrate on promoting the arts and offer her photography for sale to the public. She has started writing and painting again as she had done in her past. Kathy is excited to finally be able to share with others the beauty that she has witnessed and captured with her cameras. Artist's Statement I have chosen photography as the preferred medium for my artwork because it is a very versatile medium that can be used as Fine Art, Photojournalism and Family Documentation. Nature has always been my main subject and inspiration but recently I have embraced the creativity of producing abstract images from my photographs, have been painting with acrylics, drawing and learning to "draw" digitally. The future promises to be exciting and challenging with more choices in technology being introduced into the art world. 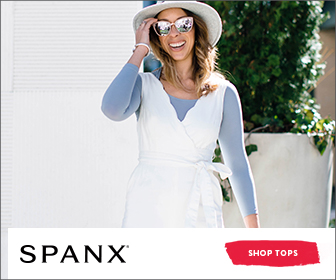