A thread on a popular art site recently reminded me of my first ever commission work.  A pen and ink portrait..

I was young and loved pen and ink drawing.  Mainly motorbikes and cars….. ok motorbikes mostly, as I had one and was smitten.  In fact I lost two jobs as I would rather be out on the bike than working inside.

I was asked by a very old lady if I would do a pen and ink drawing of her, from a very old, dirty and crumpled photograph (sepia)

My first commission!!!!  Very nervous I got on with it, creating an almost exact copy.

She saw it and hated it.  Said she was far prettier.  So I went back and re drew it.  I softened her chin and ever so slightly enlarged her eyes, which gave her a wistful, innocent look she had not actually had.

She had told me to do it properly and frame it for her, so I did….. I took to the framer and he asked who it was as he fell in love with her. (I was a kid, I knew no better)

Very proud I wrapped it lovingly and went to the club I was meeting her at.  She opened it and slammed it on the table, said she was not paying for it, and stormed out.,

I was young.  I promptly burst into tears and several people flew over to help.  One of the gentlemen bought the drawing off me there and then for double the amount she had been going to pay, and told me to never stop drawing.

So, now I ask for a 30% deposit, NON refundable, before doing any commission and NEVER do people unless pushed.

Have you had a nightmare customer?
What happened?
Do you ask for nonrefundable payments?
Have you lost money?.

Please tell us in the comments below. 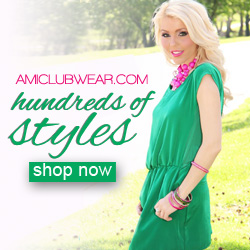 This website uses cookies to improve your experience while you navigate through the website. Out of these, the cookies that are categorized as necessary are stored on your browser as they are essential for the working of basic functionalities of the website. We also use third-party cookies that help us analyze and understand how you use this website. These cookies will be stored in your browser only with your consent. You also have the option to opt-out of these cookies. But opting out of some of these cookies may affect your browsing experience.
Necessary Always Enabled
Necessary cookies are absolutely essential for the website to function properly. This category only includes cookies that ensures basic functionalities and security features of the website. These cookies do not store any personal information.
Non-necessary
Any cookies that may not be particularly necessary for the website to function and is used specifically to collect user personal data via analytics, ads, other embedded contents are termed as non-necessary cookies. It is mandatory to procure user consent prior to running these cookies on your website.
SAVE & ACCEPT
%d bloggers like this: